Prior to 1971 Norman Sr. spent 18 years working for his father Walt Sr. and with his older brother Walt Jr. in their construction business. It was after the death of Walter Eckinger Sr. in 1971 that Norman decided to start his own business, Norman Eckinger General Contractors. The company had very humble beginnings. Norman Sr. used a two-stall garage for his shop and a converted dining room as his office.

The company employed 2-3 people and the workload consisted of about 40% commercial and 60% residential construction, including many residential disaster restoration projects.

The company broke full scale into the commercial construction market by landing a “design build” project in downtown Canton that encompassed the complete interior and exterior renovation of a five-story building. This project was the foundation that signified the company’s move away from residential and into commercial work.

The company got involved with its first taste of the banking world by winning a contract for a new Branch Bank for Harter Bank (now Key Bank). This project opened the door for work at bank branches in several counties.

Marked the company’s entrance into the retail building market with the construction of four jewelry stores in various malls throughout Ohio. The Company also built a new church in 1988 for a Methodist congregation.

This was a milestone in the company’s history with its entrance into the “public work” sector of construction. This step proved to be essential in enlarging the subcontractor resources of Norman Eckinger Inc. and it built the foundation for our present bonding capabilities.

The company continued to grow as it entered its third decade of business expanding their capabilities in the commercial and industrial construction markets.

Construction of our first “pre-engineered” building which was a 12,000 sq. ft. addition to an existing facility was begun. This laid the groundwork for what today has grown to be a very significant element of our business.

The company was awarded a Butler Building franchise. This greatly expanded Norman Eckinger's offerings in pre-engineered steel buildings. Butler Buildings are considered among the highest quality and energy efficient structures in the world.

A 6,000 SF addition was added to our facility to accommodate the growth of the company.

From Smart to Finish

The project size and complexity of our design/build  projects continue to evolve from 40,000 SF manufacturing and crane buildings to high-end retail, and automotive dealerships.

Recognized as one of Stark County's leading businesses as a finalist in M. Conley's Entrepreneur of the Year Award. See article here. 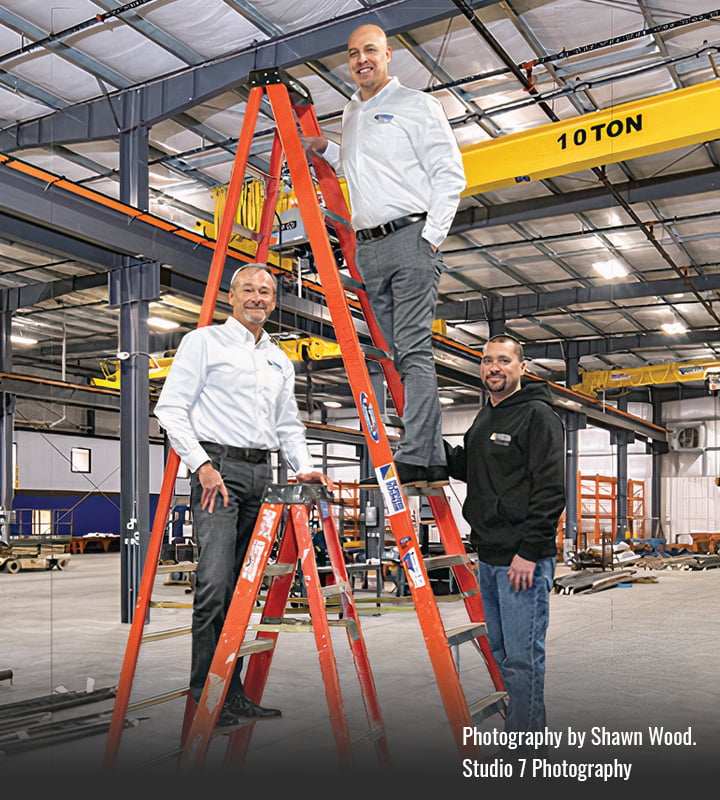